Davis signed with the Carolina Panthers for the start of the 2003 NFL season, and was a catalyst in leading the team to Super Bowl XXXVIII. Davis rushed for a career-high 1,444 rushing yards and eight touchdowns. He also finished in the top three for the NFL MVP voting that year. Davis led all rushers in the postseason with 315 yards. Unfortunately for Davis, he suffered an injury early the following season, and was one of fourteen Panthers on injured reserve as the Panthers struggled to a 7-9 record. He was also on the injured list early in the 2005 season, but came off the bench after a few games before being forced to sit out the remainder of the season with nagging knee injuries. Davis was released by the Panthers on March 1, 2006.

As of 2017 off-season, Davis held at least 8 Panthers records, including: 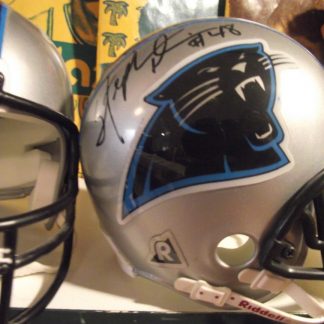 This store is currently under development. — no orders shall be fulfilled. Dismiss